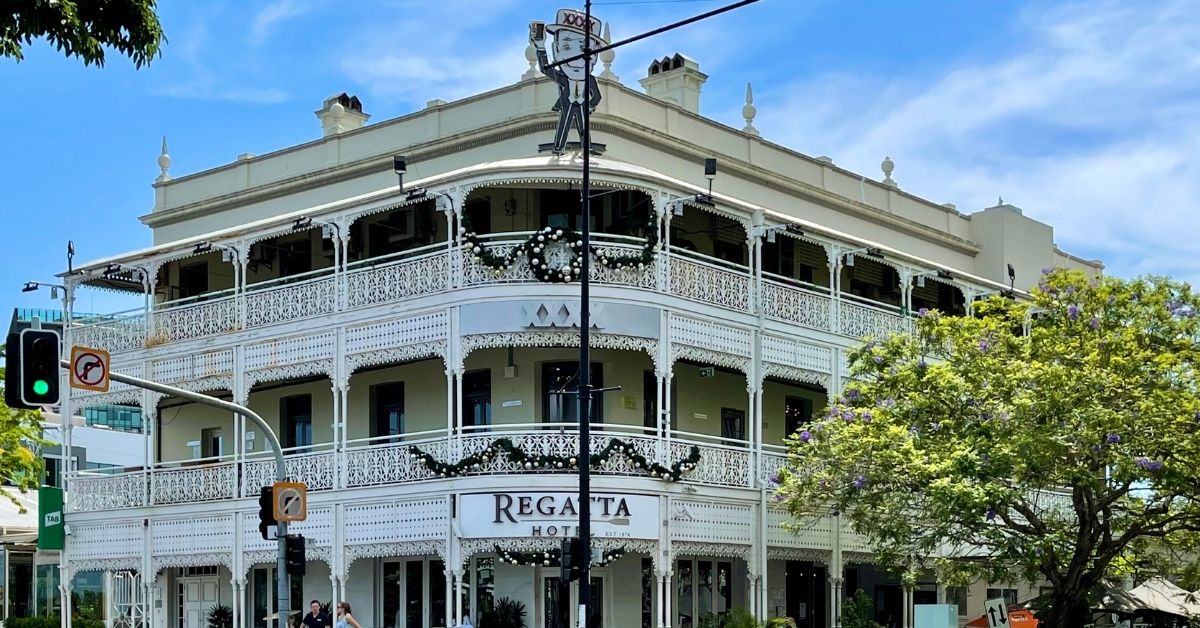 At the Regatta Hotel in Toowong and other places in Brisbane, part of the annual Anzac Day celebration has involved drinking to our war heroes, amidst friendly games of two-up. Did you know that the popular association of two-up with soldiers and Anzac happened by chance?

Here’s a closer look at this game which has been outlawed since the 1980s but is legal to play at a handful of places on Anzac Day only.

Read: Heritage-Listed Middenbury House in Toowong May Be Up for Mixed Development

For one day in a year, Australians remember and honour those who served in the Gallipoli Campaign during World War I with solemn events at memorial sites, as well as drinking sprees and games of Two-Up. Authorities usually turn a blind eye to those playing Two-Up to mark Anzac Day and there are only a handful of places where the game may be played.

The Regatta Hotel in Toowong is one of those places. Established in 1874, this entertainment and hospitality venue became a prominent fixture in the Toowong Reach of the Brisbane River and people participate in the annual beer and two-up tradition here with much enthusiasm.

The Origin of Two-Up

Two-Up actually started with diggers in gold mines in Broken Hill, New South Wales, decades before the war. The English and the Irish brought this game, then called Pitch and Toss, over to Australian shores.

Its popular association with soldiers and Anzac happened by chance, as it was what returning servicemen loved to play at pubs or local RSL when they returned from the war and had get-togethers with their band of brothers. Soldiers in the firing line trenches or troopships during World War I played this game whilst biding their time for the next commands or orders.

Over decades, Two-Up evolved into an army game played in Australian infantry battalions wherever the soldiers were serving duties, locally and abroad.

The game does not require much — just two coins, a wood for flicking the coins, a spinner or someone to flick the wood, and a ringie or someone to call out results. Because of this, the game became very accessible to anyone who would like to bet heads or tails and win the pot money.

Two-Up may also be legally played in most RSL Clubs in the country every Anzac Day.