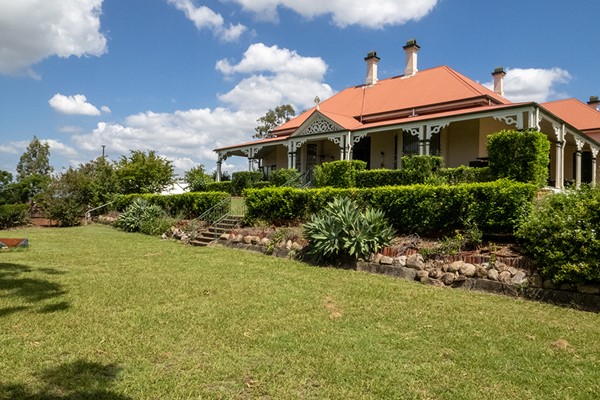 A number of residents in Toowong are concerned about the prospect of having a residential aged care development at the current location of heritage-listed Goldicott House.

Finance group Balmain is currently seeking investors for this site. A prospectus released by Balmain reads: “The borrower is considering multiple development strategies which are consistent with planning objectives for the property, including an aged care facility comprising 150 beds and 150 independent living units.”

The document also stated that the borrower has engaged experienced town planners to assist with the planning and development process to transform Goldicott House into a residential aged care development. Balmain, describing the grand house as a ‘mixed-use property with redevelopment potential’ is currently utilised for office purposes.

It’s tagged as a fully invested property, which means it’s fully funded and settled by Balmain or a Balmain managed entity before being offered to investors. The Target Return is 7.45% p.a., net of fees and expenses, and is paid to Investors monthly in arrears.

Despite their subdivision being rejected, the owners are still trying to push forward with the development of a massive…Posted by Toowong’s Heritage – worth fighting for on Wednesday, March 3, 2021

Pikos removed the music room in February 2021, with residents claiming they were only given 12 hours’ notice before the demolition of the music room took place.

Brisbane City Council’s City Planning Committee recommended disapproval of the development, after having received a total of 123 submissions from residents. Some of the issues raised by the community are environmental impact and worsening of traffic congestion, including the potential traffic danger to children of the nearby schools.

Pikos’ plan to subdivide the property was eventually rejected in 2018, with Planning Chairman Councillor Matthew Bourke stating that it failed to meet the Council’s strict criteria for a use of a Local Heritage Place.

It was built in 1885 for Brisbane engineer Charles Lambert Depree. Goldicott House was known as the first residential home to use poured concrete in its construction. Building the house was considered a revolutionary innovation in construction at the time.

Depree resided in the Goldicott House until 1890, before he returned to England. Although his family was not able to come back to Queensland following Depree’s demise in 1893, Goldicott House remained their property until 1902.

The Sisters of Mercy acquired the property in 1903 and renamed it Mount St Mary’s Convent. One of the former bedrooms, located at the northeast corner of the house, was turned into a chapel. In 1998, Goldicott was listed in the Queensland Heritage Register.