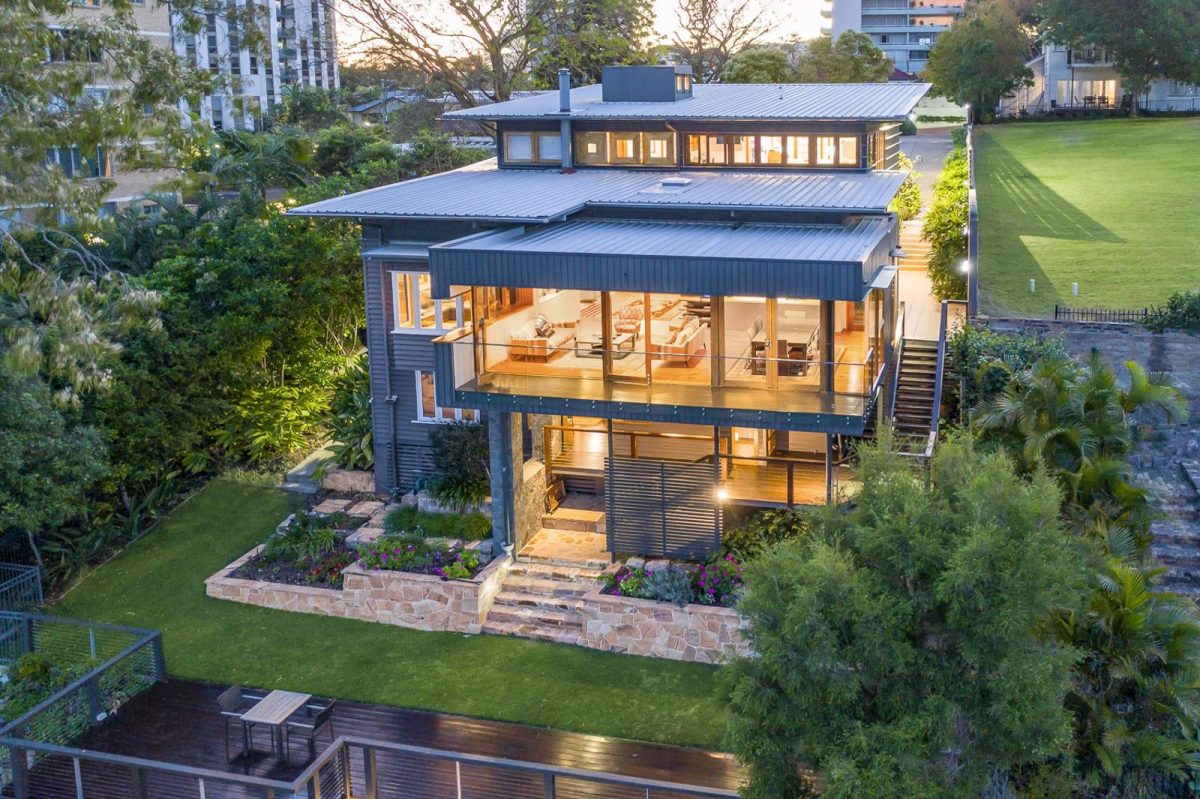 A riverfront property in Toowong has been sold under the hammer for $7.3 million, setting a new suburb record for a private home.

A crowd of 100 people gathered to witness bidders battle it out for the prestige of owning the river-front property at 24 Glen Road, Toowong. After the dust settled, a Taringa family purchased the property for $7.3 million, a new suburb record, last 31 October 2020.

The three-storey home, situated on a 1,756sqm flood-free allotment, has 20 metre of river frontage and offers views of the Brisbane River and the city. Built in the 1930s, the abode gives traditional Japanese architectural features a modern twist. Stone walls, water feature, and tropical gardens greet visitors upon entry.

Timber and bamboo flooring and timber features dominate the structure including decorative timber doors, timber framed windows, and timber staircase. The house also includes Japanese-style features in its design which includes sliding screens or what is called “shoji” and high panels, “ranma,’’ above doors and walls.

At the lower level is a large studio that can be used and converted for a variety of purposes such as home office, gym, yoga studio, or game room. Also on this level is a kitchenette, bedroom, bathroom and library that opens on a large undercover deck.

The master bedroom is situated on the upper level with river views. It has a large walk-in-robe and an ensuite with spa bath, double vanity, and a large shower.

Meanwhile, the kitchen boasts of modern features including Gaggenau wall ovens, NEFF induction stove and rangehood, and integrated Liebherr fridge/freezer. There is a large island bench, breakfast seating, stone benchtops, and joinery plus lots of storage.

Agents said that while most riverfront blocks in the area have been converted into high-rise developments, all of the bidders for the site are owner-occupiers. The sellers purchased the property in 1997 for $1.2 million, property records say. They plan to move into the penthouse of a riverfront property in St Lucia currently under construction.