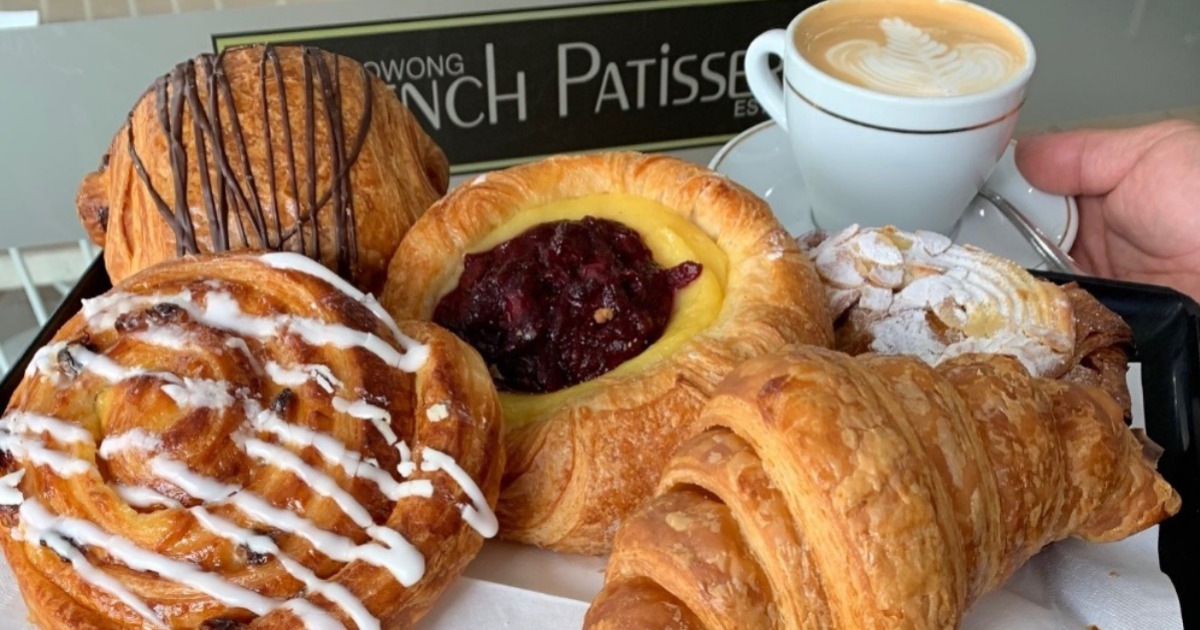 Whether you feel like having a slice of cake or a more savoury treat like steak and mushroom pie with your morning coffee, Toowong French Patisserie has got you covered, and more! They have treats like Eggs Benedict / Salmon Florentine in a brioche shell, Lamington-inspired macaron, even some French tapas later in the day.

In addition to common pastries, the well-stocked bakery also has a few creations that are uniquely their own, including the Egg Benedict/ Salmon Florentine in a brioche shell and Lamaron, a Lamington-inspired macaron.

The iconic bakery started in 1984 when three French brothers decided to open a patisserie in Brisbane. More than a decade later, they sold the business to the Gravestein family, who owns and operates the bakery up to this day.

“The Toowong Patisserie has become a part of Brisbane folklore, even having been included in award-winning author Nick Earls’ 1997 novel, Zigzag Street. We are serving next-generation customers who come with tales of eating here or ordering their croquembouches decades ago with parents and grandparents,” shared the Gravesteins.

Now, the business continues to grow with another location at the Salt Village and the addition of a dinner menu on the Toowong site. They recently launched the Sunset Menu, allowing guests to delight in French tapas with a beer, bubbly, or wine and live sax music.

For more details on reserving your table for Toowong French Patisserie’s Sunset Menu or other information about the bakery, visit their website or follow them on social media.