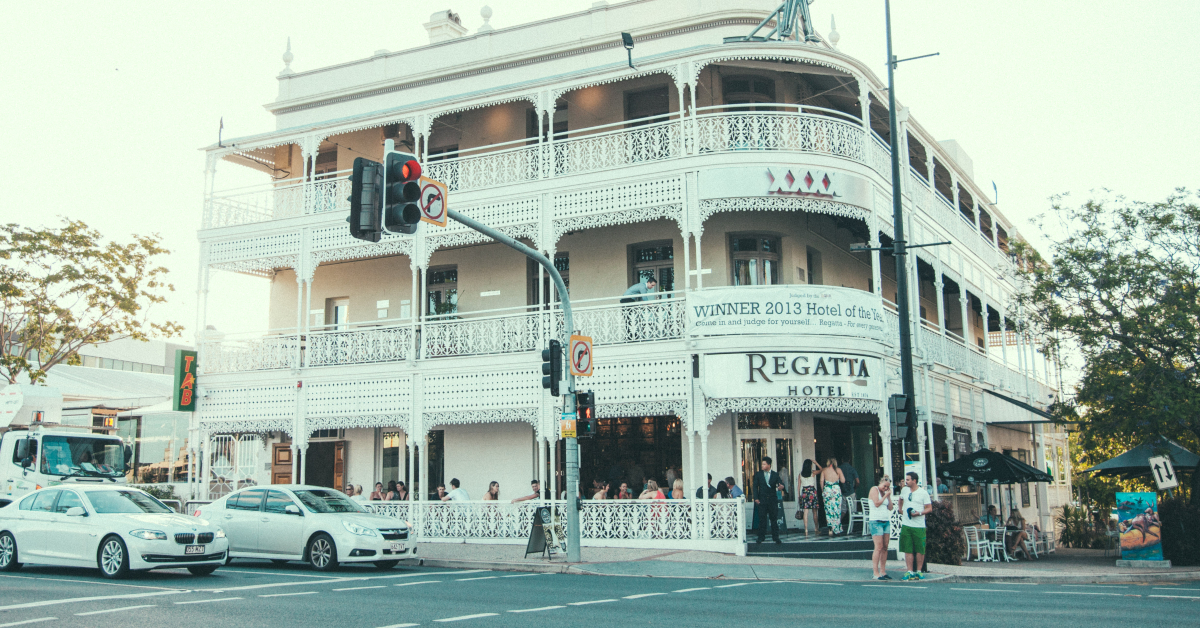 In order to capitalise on the Regatta Hotel’s primo position by the riverside, the Australian Venue Co aims to give this iconic Toowong establishment some new and exciting renovations.

Toowong’s very own Regatta hotel has provided Brisbane with lodging, beer, wine, and cuisine since 1874. Now, plans are being drawn to expand the hotel’s beer garden, as well as to establish a rooftop terrace along Coronation Drive, between the Regatta’s heritage building and one of their restaurants, The Boatshed.

Read:  Mark Rigby, Curator of Brisbane Planetarium in Toowong, to Retire After 36 Years

The Australian Venue Co intends to have the Regatta make better use of its location by giving people more access to the potential views the hotel can offer. A rooftop terrace is perfect for overlooking the Brisbane River. On the other hand, expanding the beer garden would take up more space in Sylvan Rd’s car park in exchange for being able to accommodate more guests.

In the past, the Regatta has served as the venue for many public events such as the Laneway Vineyard Festival, which showcased some of the most exquisite wine from around the world in 2017 and 2018. The upcoming Spin and Tonic — a sunset session scheduled for April 1, 2021, complete with beverages and live music — will also be held at the Regatta with its venue being The Courtyard, the hotel’s open-air dining and bar area.

Though the plans themselves have not been approved, their development is part of Australia Venue Co’s $53M campaign to renovate and clean up Queensland’s pubs and bars. Renovations are expected to begin either later within the year or early in 2022.