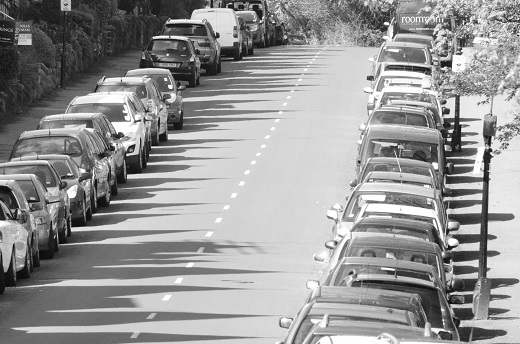 A 20-year old university student, so upset by Toowong commuter parking, has launched a campaign to introduce a residential parking permit scheme on Toowong’s streets. The proposed scheme would give parking priority to Toowong residents over commuters. Catherine Bugler has started a petition, now with over 50 signatures, for the parking scheme to be implemented in Curlew Street and its surrounding streets including Josling, Ashton, Mayne, Herbert, Holmes and Wells Lane. They – Toowong residents – are being “parked out of their own street by commuters,” she said. Most of these vehicles don’t belong to Toowong or nearby residents, but to commuters catching the train at Toowong station.

According to Miss Bugler, commuters park on Curlew Street and its surrounding streets from 6am to 6pm all day every weekday in spite of two hour parking limits. The commuters either move their cars continuously throughout the day or ignore the parking restriction, she noted.
The car parking problem in Toowong has been going on for years and has gotten worse with the construction boom. As a result, residents come home after work to find all the parking slots taken, mostly by commuters’ vehicles. In some cases, residents have had to pay parking fines for commuter cars that went beyond the two-hour limit.
The proposed residential parking permit scheme would make available a limited number of daytime parking permits, for a price, to both residents and nonresidents.