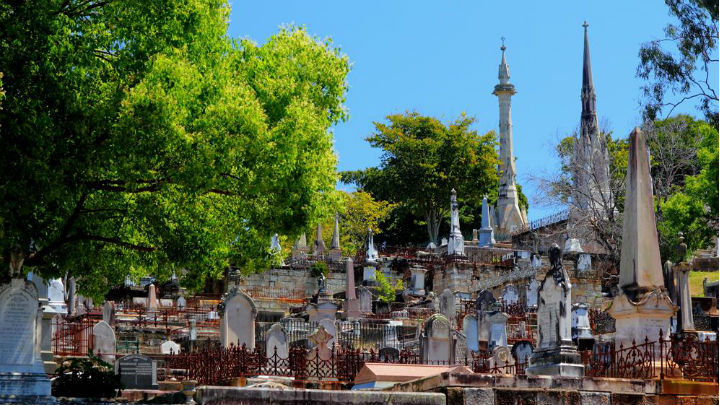 As one of Brisbane’s oldest cemeteries, Toowong Cemetery holds a lot of myths and legends, enough to spook you out. One of the most popular urban legends in the area is located at Twelfth Avenue, which is more popularly known as “Spook Hill.”

This sloping road within the cemetery grounds has a very special property. There have been a lot of reports that parking your car facing uphill and letting it roll will have the car rolling uphill instead of downhill. Freaky, right?

When some people experience an unnatural occurrence, they naturally want to find out what’s causing it. One traditional tale tells of the graves of two young sisters who were killed in a car accident lie on top of Spook Hill. According to the legend, the two girls drag unsuspecting cars uphill so that the people in the car will meet the same fate.

This legend became very popular. People would flock to the spot in the cemetery to see and experience it for themselves. The incident became so intriguing that it caught the attention of paranormal investigator and author Jack Sim, who went to Spook Hill to know the real reason behind the supernatural tale. Unfortunately, he didn’t find any evidence to support the story.

Some say that there is really no ghost or mystery behind the occurrence, if indeed it occurs. It may just be that the lay of the land produces an optical illusion, which makes a downhill slope look like an uphill slope instead.

Whether or not supernatural forces are at work behind the mystery of Spook Hill, the car rolling on its own is enough to make you run.

For more supernatural stories about the area, join the Toowong Cemetery Ghost Tours happening every weekend.