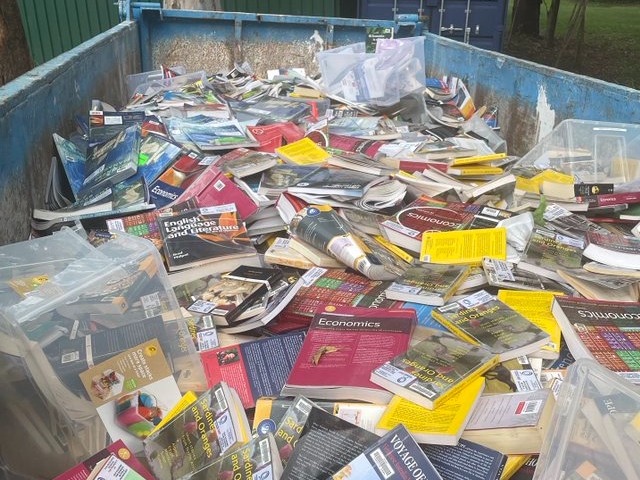 Toowong’s Queensland Academy for Science, Maths and Technology finally released a statement after ‘mistakenly’ dumping quality textbooks and causing some members of the community to raise concerns.

One of the people who expressed their disappointment is LNP education spokesman Dr Christian Rowan who said  there must be a better way of providing the books to disadvantaged students or those who need access to educational resources rather than dumping them.

Why is the .⁦@QLDLabor⁩ Palaszczuk Government wasting such educational resources? #qldpol pic.twitter.com/NtRVVRpx4N

Regarding the matter, a spokesperson from the school said those books were originally offered to staff, students, and local International Baccalaureate schools. A significant number of books were accepted but because of a miscommunication between staff, the remaining books were placed outside rather than offered to charities as originally intended.

Queensland Academy for Science, Maths and Technology assured the books have been removed from the bin and will be repackaged for distribution to charities.

Where You Can Donate Books

There are many organisations in Australia that accept book donations and send them over to those who might need them. The Aboriginal Literacy Foundation is one of the organisations that appreciates all donations of new and used children’s books. The books are delivered to Indigenous communities throughout Australia that desperately need help.

Then there’s Share-a-book, a program run by the Australian Literacy and Numeracy Foundation, that provides new and quality pre-loved books to Indigenous, refugee and marginalised communities in need of resources.

For further information on where to find organisations which donate books, visit the National Library of Australia.