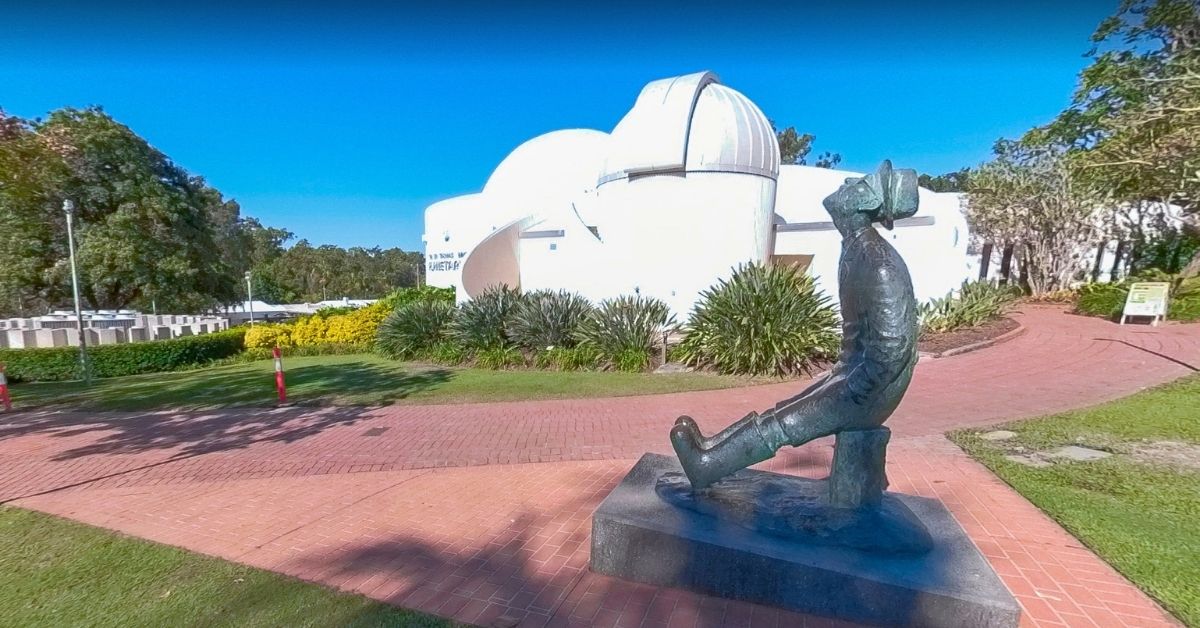 Did you know that there is a “minor planet” named after Brisbane? The man who made this happen in 2009 is Mark Rigby, the curator of the Sir Thomas Brisbane Planetarium in Toowong, who will soon say goodbye to his role as the ultimate “Aussie Starman” after 36 years.

Mr Rigby has been the driving force behind the popular planetarium visited by every child in Brisbane in the last three decades. The curator has been on top of thousands of sessions at the Brisbane Planetarium year after year since he joined as an assistant curator in 1985.

Read: Toowong Cemetery Tours from FOSBC Not Shutting Down

In 2006, Mr Rigby approached astronomer Robert H. McNaught to have one of his asteroid discoveries named after Brisbane. Mr McNaught has discovered over 50 comets and 400 asteroids in his career and the astronomer could not refuse Mr Rigby’s request because it seemed like kismet.

Mr McNaught was born near the birthplace of Sir Thomas Brisbane in Ayrshire, Scotland. His birthday falls on the death anniversary of the famous astronomer and governor.

After agreeing, Mr Rigby then sought the help of the International Astronomical Union and worked double time to have asteroid 5277 named Brisbane to coincide with the city’s 150th birthday.

Asteroid 5277 Brisbane made closest approach to city of Brisbane during the past day – a mere 177.6 million km away in main asteroid belt.

Asteroid Brisbane might be a minor planet but if it were to impact the Earth, it could form a crater as big as 80 diametres. Orbiting the Sun every 3.5 years, Asteroid Brisbane can’t be seen through the naked eye and only through a good telescope when the skies are dark. The last time it was spotted by astronomers was in August 2020 at the Haleakala Observatory in Hawaii.

Meanwhile, because of his valuable contribution to the city and in making the Brisbane Planetarium such a unique, educational and entertaining destination,  Lord Mayor Adrian Schinner recognised and thanked Mr Rigby for his service.

His final year at the Brisbane Planetarium coincides with the completion of the upgrades and the re-opening after the COVID-19 lockdowns.