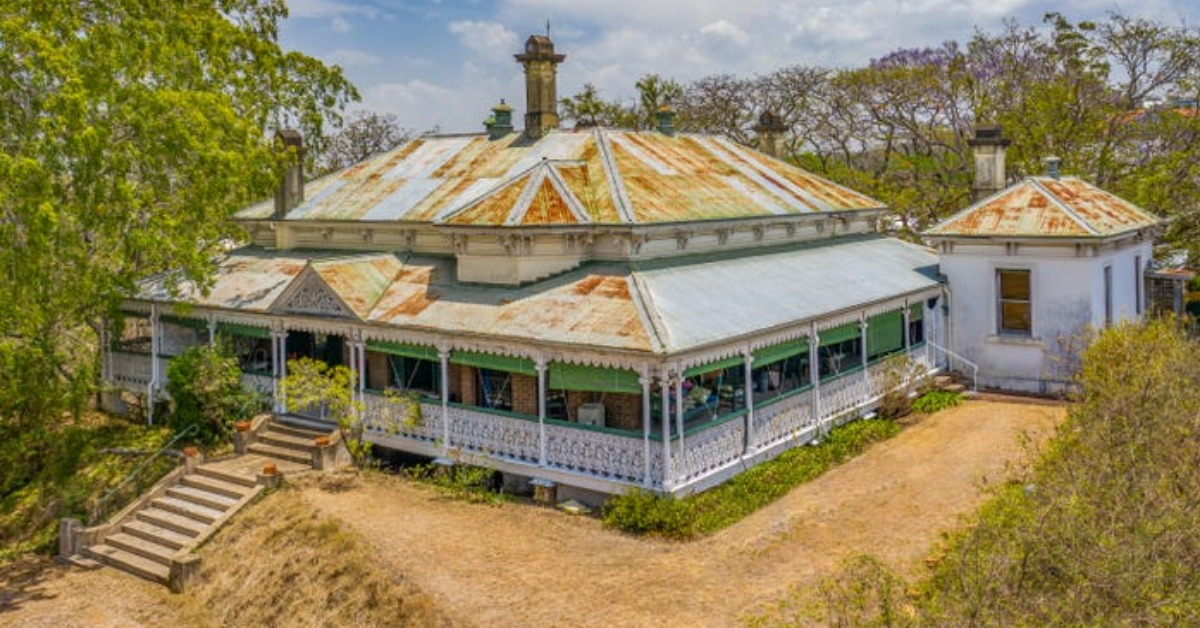 Heritage-listed ‘Dovercourt’ is set for a major makeover to bring the 1860s-era brick mansion to life after years of being in a state of disrepair.

Dovercourt sits on 7,036sqm land at 124 Sherwood Road, Toowong. The homestead was built by English architect William Henry Ellerker sometime in the 1860s to his own design before it was auctioned off in 1867. At the time, it had just four rooms and a detached kitchen and servant’s room. It also had a three-stalled stable, coach house, corn room and fowl house.

Dovercourt was also used as a residence for the boarders of Mr Mark’s School and had been owned by several of Brisbane’s affluent families. After being home for three generations of the Bigge family, the house was put on the market in 2020. Amid calls by locals for Brisbane City Council to acquire the property, Dovercourt was eventually sold to Kirsty Faichen.

Ms Faichen plans to live in the house with her two daughters after it undergoes renovations with the original features of the house she wants to be restored to its former glory. To bring one of Brisbane’s greatest mansions back to life, however, would require huge funding. And so, she had the property subdivided into five lots where five houses would be built whilst the remaining 4,000sqm would undergo a major makeover.

Ms Faichen, who also tried to purchase heritage-listed ‘Endrim’, stressed that restoring the homestead is an enormous project which would involve extensive repairs on the south-side verandah, plumbing and electrical installations, ceilings, walls and roof.

Read: Two-Up: Where It Started and Why It’s Only Legal to Play Once a Year in Toowong, Other Places

Locals were not happy, though, with the subdivision of the property and are already raising funds to challenge the Council’s decision.