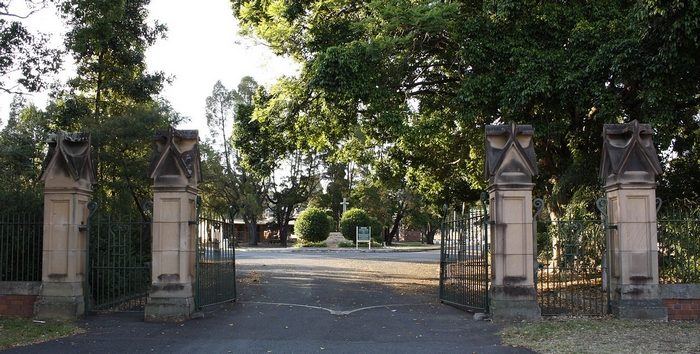 Toowong Cemetery has been and remains to be an icon in the suburb. Established in 1866 and formally opened in 1875, it is currently the largest cemetery in Queensland.

The heritage-listed cemetery is a prominent landmark in Queensland not only because of its size but also for the history it carries and the personalities buried in the premises.

The Toowong Cemetery has quite an interesting beginning. Initially, Augustus Gregory, the Surveyor-General in 1866 did not particularly favour the Toowong site. However, he found it to be the only locality to present the necessary requirements for a general cemetery. Actually, the choice of that particular parcel of land was made by default rather than by design.

The appropriateness of the Toowong site for the purpose of a general cemetery was an issue that was actively contested for around two decades after the choice was announced. Its isolation and doubts about its suitability plus the lack of access to public transport fuelled the dissent and debate. Although the cemetery was already established, the public continued to use the cheaper, more accessible familial grounds at Milton.

In 1868, a further portion of Crown land, some 53 acres in the area north of the cemetery reserve was added to fulfil of the Trustee’s requirement for the entire cemetery to be surrounded with public roads.

Read: How Toowong Got Its Name

In December 1870, trial sinking at the cemetery found the ground to be unsuitable, but this did not prompt the government to secure a more appropriate location. Queensland’s second governor, Samuel Wensley Blackall had been a supporter of the Toowong site. In his ill health, he indicated his desire to be buried there.

Governor Blackall was buried on the highest knoll on 3 January 1871. His memorial is the largest and most prominent in the cemetery with commanding views of the city and surrounds.

The Surveyor General, the Trustees, and the Colonial Secretary still haven’t favoured the Toowong Site. Even after the burial of Governor Blackall on its most prominent peak, the Trustees still sought other more suitable prospects for a cemetery site.

Trustee George Edmondstone’s property on Enoggera Creek was identified as being most suitable, however, the Colonial Treasurer could not reach an agreement on price.  Because of this, the Toowong site was finally accepted as the Brisbane General Cemetery grounds.

Being one of the most prominent burial grounds in Queensland, it is no surprise that the Toowong Cemetery is now home to several notable personalities. These include, but are not limited to, a Prime Minister, two Queensland Governors, 13 Queensland Premiers, 11 Queensland Labor leaders, at least 15 Brisbane Mayors, and many other prominent political, religious, sports, arts, and business figures.

As a general cemetery ground, Toowong cemetery has been the burial place of individuals from all walks of life. Interestingly, it has been rumoured that this is also where the notorious Jack the Ripper was buried.

Read: Is It Really Jack the Ripper’s Grave in Toowong Cemetery?

Toowong Cemetery is still an operating cemetery. It currently features a number of cultural areas, historical trails, and memorials.

Today, Brisbane City Council has been working with the Friends of Toowong Cemetery (FOTC), a voluntary organisation of people with a special interest in the historic landmark to maintain and improve the cemetery’s condition.

The FOTC holds guided walks in the cemetery every first Sunday of the month at 10:30 a.m. (except January). On their upcoming Toowong Cemetery Heritage Walk, they will be exploring the political and non-political events of one hundred years ago at the graves of some of the people who were involved.

Another ghost tour is The Other Side Tour which also lasts for two hours with a similar format. However, the tour starts at a different location, follows a different route, and has a different set of ghost stories.

However, locals are warned of unlicensed ghost tours without proper permissions and insurances to hold a tour in the cemetery. As a guide to those who are interested to bravely tour the cemetery at night, only Brisbane Ghost Tours, Friends of Toowong Cemetery, and Friends of South Brisbane/Boggo Road Historical Society are licensed to conduct tours in the Toowong cemetery.