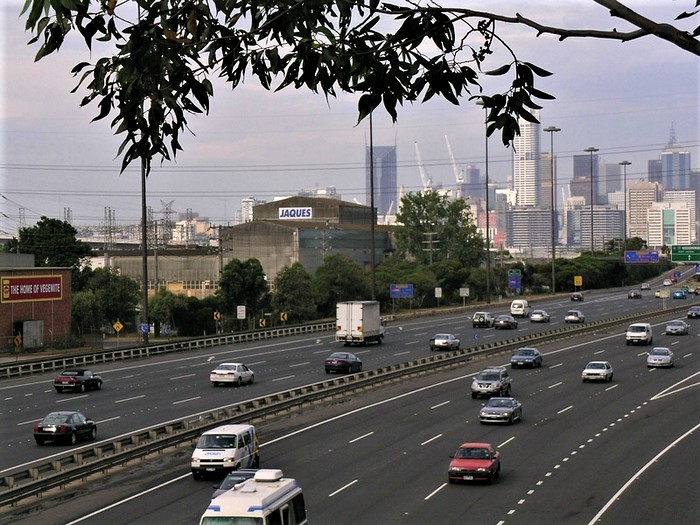 The recently released RACQ Red Spot Congestion survey lists the Centenary / Western Motorway as among the most congested roads in QLD, with notorious hotspots located at the Logan Motorway interchange and the stretch from Ipswich Motorway to Toowong.

Survey respondents nominated more than 450 roads across the State as those which caused unnecessary delays, according to RACQ spokesperson Lucinda Ross.

Pacific Motorway received the most nomination from respondents as the most troublesome road in Queensland. Centenary Motorway, Gympie Road, Bruce Highway, and South Pine Road round out the first five.

Some of the comments from the survey respondents:

“Since the opening of Legacy Way, the congestion on the Western Freeway has become even worse with traffic regularly backing up from Mt Coottha all the way to Fig Tree Pocket. Motorists regularly travel down the inside lanes and force their way into the right-hand lanes. In addition, motor cyclists also travel dangerously between cars or use the emergency lane to bypass traffic.”

“Centenary highway from Springfield lakes all the way through to Toowong is a disaster especially going past Jindalee bridge.”

“The Western Freeway comes to a crawl morning and night from Toowong through to the Brisbane River.”

“Heading north to the city every week day – Centenary Highway is chaos from Sumner Park to the Jindalee bridge. It has been like this for years. Too many new housing estates and no infrastructure. It’s hopeless.”

The Red Spot Congestion survey is an online “red spot” survey, conducted in February/March 2019, asking members to voice concerns and provide details about locations where there are opportunities for congestion improvement.

These “red spots” are where motorists consider delays to be frustrating and appear to be unnecessary. Respondents were also encouraged to suggest solutions to help alleviate the problem.

The survey conducted was aimed at identifying locations where unnecessarily delays happen as well as establishing the causes of motorist frustration arising from these delays.

The survey was also used to gauge motorists’ ideas in respect to improving traffic efficiency and preventing delays from occurring and to help road authorities prioritise efficiency improvements on Queensland roads.

Read: What to Expect From the Auchenflower Station Upgrade

“We put the call out to motorists across Queensland, who are in the best position to identify problem spots, to help us pinpoint the locations which continually cause them frustration behind the wheel,” Ms Ross said.

“These ‘red spots’ may be due to a set of traffic lights taking too long to change, not enough lanes, delays at a rail crossing, or something completely different.”

The results of the survey will be made available to Federal, State, and Local Governments. RACQ will also use the data to help prioritize its advocacy work.

“More than 2,500 nominations came in from across Queensland, so it’s clear congestion is an issue that really grinds our gears. It costs us time and lost productivity, and that’s why we need to address it now,” she said.

“We’ll use this information to guide our policy and use it to lobby all tiers of for solutions to bottlenecked areas.”