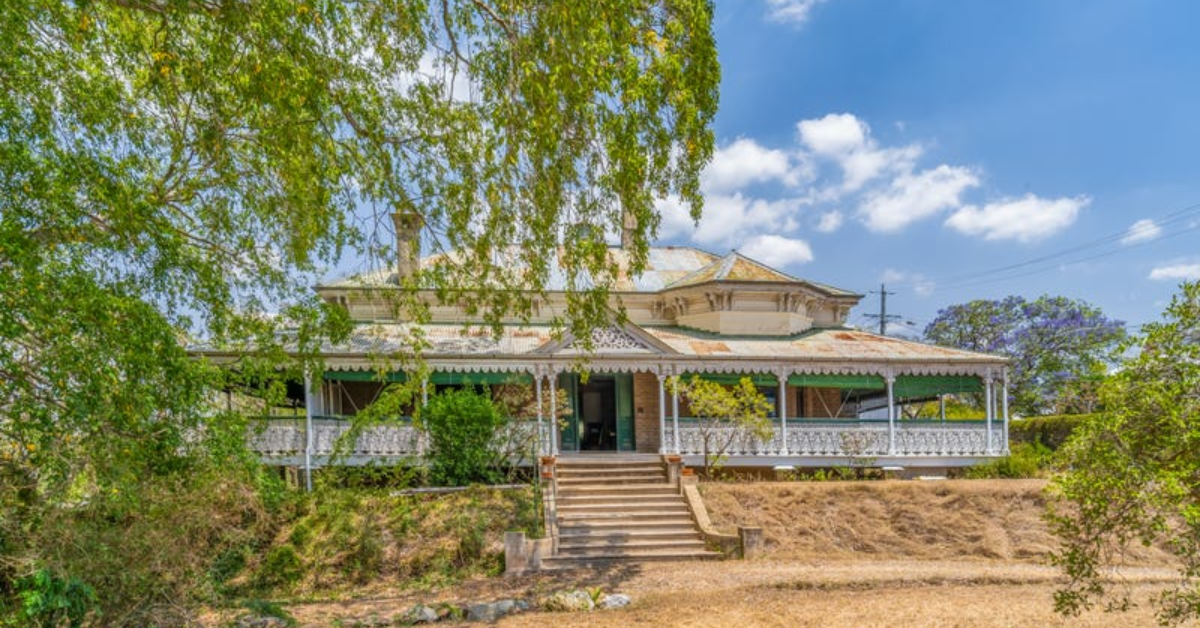 It looks like the planned restoration of the historic ‘Dovercourt’ on Sherwood Road may be up for further discussion, with some locals appealing to the Planning and Environment Court to overturn the approval of its development application.

On 26 May 2022, Andrew Newman and Christine Newman lodged a Notice of Appeal seeking, among others, the Planning and Environment Court to issue an order/judgment to:

There were 15 grounds mentioned in the appeal including:

Acquired by Kirsty Faichen in 2020, the heritage-listed homestead was planned for a renovation involving major repairs on the south-side verandah, plumbing and electrical installations, ceilings, walls and roof.

To fund the renovation, Ms Faichen plans to subdivide the property, excluding the 4,000sqm on which Dovercourt sits, where five new dwellings and a new driveway will be built on the rear portion of the property.

Even before the property was sold, some locals were already voicing concerns over a possible loss of tree cover at the site should the property get acquired by developers. They called for Brisbane City Council to intervene and buy the property instead but it didn’t materialise.

“Despite not mentioning anything about selling or developing the property when they bought it, the new owners are now proposing a subdivision for four new lots on the rear part of the site, and to build four new townhouse-style homes and a new driveway. This development would cause a loss of up to 16 out of the 29 mature trees on the site,” Michael Berkman – Greens MP for Maiwar’s social media post reads.

“While I’m pleased to see the heritage house will be protected, I’m disappointed it looks like we’ll lose this significant urban bushland, and I still believe this was a massive missed opportunity by Council.” he added.

The proposed plans, however, says that several of the mature trees will be maintained.

“Regardless of the clear disconnect between the lower portion of the site and the heritage building, the design maintains several mature trees that could be associated with heritage significance of the premises,” the Assessment Report said.